Over The Counter Archery Mule Deer Hunts in Arizona

One of the primary ways hunting in Arizona differentiates itself from other states is the abundance of public land and lack of landowner permits. This makes the the Arizona Draw critical to hunters but many hunters don’t realize that Arizona tags aren’t all draw hunts and over the counter tags are available for some hunts. Arizona offers some great OTC hunting options.

At Big Chino Outfitters we offer fully guided outfitted over the counter hunts with Lodging and Meals.  Depending on the hunter we have cabins, as well as RV wall tent camps and backpack wilderness hunts for Archery Mule Deer & Couse Deer. 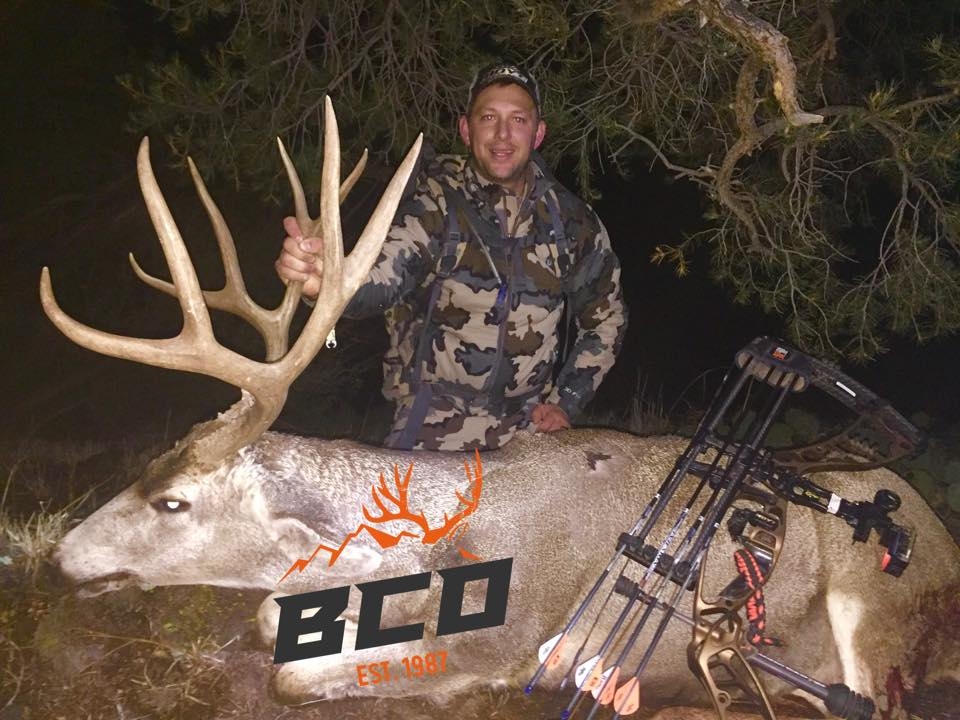 The Arizona OTC Archery Mule Deer Hunt is the most over looked hunt in the west with opportunity at trophy caliber bucks with an average 160-180 class bucks with annually bucks exceeding 180+. Last year we killed a 201 gross typical and a 223 non typical buck.

Shots vary based on the Archers Skill set. We tell folks in the west 40-50 yard shots are what Archers should be efficient at but with to days technology many hunters are capable of over 50 yard shots. The bottom line is this we will show you the bucks, we will as a team hunter and guide develop the strategy for the hunt, ie Stalk, Sit etc... but ultimately you as the hunt have to be able to hunt, stalk, sit and shoot we can't do that for you. You can expect to make a minimum of one stalk a day as the strategy of stalking Mule deer is locating them. and  making a move on them when they bed or cut them off as they move.

We also have deer patterned to water, salt licks, movement areas etc.. We typically have ground blinds set up 30 yards out as  an option for sitters

Hunts begin August 23rd through September 12th. Summer range bucks in velvet for this hunt. Typically bachelor groups varying between 3-5 bucks in a group. Spot and stalk and sitting on patterned bucks to water or licks.

Late Season hunts in Northern Arizona start December 13th and end January 31st with the rut peaking around the last week of December and the 1st & 2nd weeks of January.