Here at BCO we have over 30 years experience chasing high caliber Mule Deer bucks in the state of Arizona. We hunt GIANT bucks on the Arizona Strip Units 13A/13B and on the North Rim Kaibab in units 12A/12B. Recently we have had huge success in these units and have spent countless hours learning and hunting those deer. Not to mention countless hours scouting and trail camera work in each of those units separately. Our promise is that we will ONLY hunt 200+inch bucks on any Trophy Mule Deer hunts in the state.

Contact us today to put a strategy together through our Application Assistance Program (AAP) for your next tag!

Ask about our EASY TO DRAW general season tags and come hunt quality bucks without waiting 20 years. Also be sure to ask about our Archery over the counter "OTC" deer hunts below. It's the MOST overlooked hunt in the west and the best part is NO DRAW or application required!

Over the Counter Archery Mule Deer Hunts in Arizona are the most overlooked in the west with opportunity at trophy caliber bucks with an average 160 – 180 class bucks, with annual bucks exceeding 180+ and our biggest archery buck to date being 223 inches!

Early Season Archery hunts begin the last week of August through Mid September annually. Bucks are in bachelor groups with 3-5 bucks running together in a group. Spot and Stalk or Sitting on patterned bucks to water sources and slat licks are commonly used as a strategy. The patterned bucks are captured on our Stealth Trail Cams with allows us to put together the best game plan for your hunt. We also offer late season Archery OTC Hunts in the RUT! Thus hunt starts Mid December running through the end of January.

With Archery OTC Hunts, the archery shots vary based on the archers skill set. Typically in the west archery shots range average 50 yards. Archers need to be efficient with their archery skills but in todays archery equipment and technology, make hunters are capable of making shots over 50 yards. The bottom line is simple, the guides at Big Chino Outfitters will show you bucks, and will work as a team to develop the best hunt strategy for your hunt based on your skill set. This could be a spot and talk or sitting water and salt type of hunt depending on our scouting and the animals patterns or movements. You can typically expect to make at least one stalk per day on a trophy caliber buck. 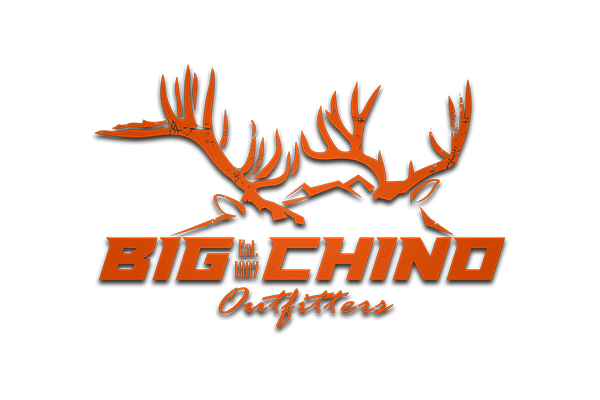